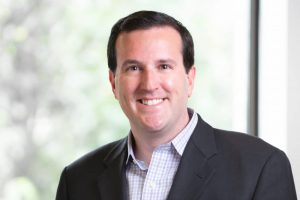 KANSAS CITY, Mo. (May 24, 2021) LANE4 Property Group today announced Michael Berenbom as its Managing Partner. Michael joined LANE4 in 2013 as Director of Investments and has since proven himself a leader in the firm.

Michael’s new role as Managing Partner will put a focus on LANE4’s newly penned mission: “To provide a platform for creating wealth for our clients, team, and community by identifying opportunities and delivering creative solutions.”

“Mike’s experience as a producer puts him in a prime position to lead this firm. He has a deep understanding of what makes our business function, and how to capitalize on individual opportunities in a cohesive and strategic manner, leading to broad-based success,” said Owen Buckley, LANE4 President.

Owen founded LANE4 in 2006 and will remain in place as the firm’s President and leader of the brokerage team. The shift will allow him to focus further on the firm’s clients and real estate projects, identifying and executing new deals, and advising the firm’s producers.

A Kansas City native, Michael has spent his career in real estate focusing on asset management, investment brokerage, and equity procurement. Prior to joining LANE4, he served as Vice President of Asset Management for Lincoln Property Company in Chicago, Illinois, responsible for the portfolio management of Class A office properties totaling over $800 million throughout the United States. He has been instrumental in many of LANE4’s most prominent projects, including the acquisition and redevelopment of 95Metcalf South (formerly Metcalf South Mall), several shopping center acquisitions throughout the metro, and leading the firm’s efforts on many municipal projects, including the Downtown Olathe Library, and the recently announced Lee’s Summit Market Plaza project. He has been personally responsible for over $200 million in acquisitions on behalf of LANE4, and an additional $75 million on behalf of third-party clients, both buyers and sellers. Michael is an active member of the International Council of Shopping Centers, sits on the Olathe Economic Development Council Advisory Board, serves as the Vice President of Investments for the Menorah Heritage Foundation, and was named one of the Kansas City Business Journal’s 2019 NextGen Leaders.

Michael’s transition to Managing Partner is a logical step for LANE4. Aside from his contributions to the firm as a top producer, he has been increasingly involved in identifying and advancing the long-term goals of the company, building trust and leadership among the firm’s entire team. Specifically, he will focus on high-level management of the firm’s portfolio and continuing to grow LANE4’s relationships with investors, community leaders, and professional partners. Michael will also continue to serve as a producer for the firm, facilitating his own deals and projects in addition to larger corporate projects.

“There are two parts to successful real estate projects: the idea, and the execution. LANE4 has a proven track record of succeeding in both. Having the tools and people in place to generate and execute successful deals leads to strong partnerships and repeat business with clients, partners, and communities,” says Michael. “We have flexible capital resources and excellent human resources. When one of our people connects a user to a project or an idea to a land site, we love tackling the challenge of how we can arrange a capital stack to meet the needs of all of a project’s stakeholders.”

Since its founding, LANE4 has developed a niche for executing creative, successful projects and partnerships within Kansas City’s commercial real estate market. Collectively, the firm has spearheaded nearly $900 million in acquisition and development projects, served hundreds of clients, and completed countless traditional brokerage transactions. The company is preparing to break ground on a new Downtown Library and municipal building in Olathe, Kansas, serving as the Owner’s Representative and Project Manager on behalf of the City. Additionally, LANE4 was recently selected as the Master Developer for the City of Lee’s Summit, Missouri’s Downtown Market Plaza project, a 2.75-acre mixed-use infill project that will blend civic and public amenities with private uses potentially including a hotel, multifamily, restaurant, and retail buildings. These projects, in addition to several more traditional brokerage transactions, embody LANE4’s transition from a retail-centric brokerage firm to a geographically-focused full-service real estate firm with expertise in developing, investing, and brokering projects across a range of asset classes.

In addition to its growing portfolio, the LANE4 team is rapidly expanding. Veteran brokers Adam Abrams and Mike Levitan recently joined the firm, bringing over 30 years of collective experience and expertise in the Kansas City office market among other assets.

Additional information and Michael’s full professional resume can be found at www.lane4group.com/team.