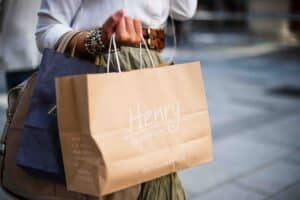 For years, Kansas City-area residents yearned to have chains such as IKEA, H&M and Whataburger open area locations. They’ve now checked off those favorites from their list — most recently with Whataburger, which has continued to expand locally.

But what else is Kansas City missing? The Kansas City Business Journal asked area developers and real estate brokers.

Several suggested smaller retail and restaurant chains that haven’t already saturated the U.S. In an era of easy online shopping, those types of tenants can be a draw for shopping centers and new real estate developments and they break up the homogeneity, Legacy Development Vice President of Development Dave Claflin said.

“There’s so much cool stuff going on here. I think people want to be a part of it,” he said.

He rattled off the area’s perks, such as new real estate developments, hosting a future World Cup, a new airport and a winning NFL team. And there’s creative entrepreneurs and local businesses.

“It’s a very unique position that the city is in,” Taylor said.

Here’s what Kansas City is lacking:

Ancho & Agave: Taylor described Ancho & Agave as a high-end Tex Mex restaurant with a best-in-class design. It has two open locations in Illinois and Wisconsin, with another opening soon in Nebraska.

“They have a killer brunch, which not a lot of Mexican places do,” Taylor said.

“It’s a really cool bar scene, which you don’t see at a lot of Tex Mex restaurants,” he said.

A premier steakhouse: After a 30-year run on the Country Club Plaza, Houston’s closed its sole area location in 2017, leaving a void on the Plaza and in Kansas City, Drake Development LLC President Matt Pennington said. The Plaza still needs a premier steakhouse to replace the loss, he said. He likes restaurants like Maple & Ash and STK Steakhouse, which don’t saturate markets.

“I’m always looking for a one-off concept that’s going to be unique to the entire market,” Pennington said. “STK is kind of that next-level steakhouse. They call themselves ‘vibe dining,’ where it’s not a quiet atmosphere. It’s an upbeat atmosphere with fun music, yet it’s very high-end food.”

“It’s a really good sandwich place, and there’s nothing around here that really fits that mold,” he said.

30hop: The modern American restaurant, which has 90 beers on tap and seasonal food menus, recently opened its third location in Iowa. It offers creative, neighborhood bar fare, Taylor said. Its menu features salads, soups, tacos and signature bowls, such as the creamy sausage rotini, and sandwiches such as the salmon bahn mi and truffle cheesesteak grilled cheese.

“It’s chef-driven but still casual and affordable. It’s not your typical Buffalo Wings,” he said.

“People are really starting to become more health conscious. Anything like that would take off huge here,” she said.

“We’re all looking for something to do and something that’s special,” Claflin said.

Examples include Funlab, which operates a variety of entertainment brands; Illuminarium, a large-scale immersive theater with rotating exhibits; and KidZania, which lets kids explore a realistic city and role play with more than 100 different occupations. Claflin also likes Meow Wolf, an immersive and interactive experience that can “transport audiences of all ages into fantastic realms of story and exploration,” according to its website.

Although the metro has accumulated more mini-golf options and concepts such as Topgolf, there’s still room for more in other parts of the metro, Colliers Retail Associate Kayla Gilchrist said. Popular golf brands that would do well, she said, are Flite Golf & Entertainment and Puttshack. Another missing element is eatertainment. Kansas City needs more of it, Pennington said.

“When developers integrate experiential retail into their developments or shopping centers, it definitely draws more people in. It can increase traffic to other retailers,” Moran said.

Saks Fifth Avenue and Neiman Marcus were mentioned by multiple sources. Although Kansas City has some higher-end department stores, such as Halls and Nordstrom, it could use more.

Traditional department stores have been whittling their square footage and opening scaled down versions with different branding. They no longer need a 200,000-square-foot space to meet market demand, O’Leary said. The smaller stores are cheaper to operate and allow retailers to be more strategic about locations, since it can be tough to find a 200,000 square foot space, he said.

Bloomingdale’s scaled-down concept, Bloomie’s, could be a good fit on the Plaza in the space where Nordstrom previously pulled out of its planned location, he said.

Bloomie’s is a curated version of Bloomingdale’s that also offers monthly events, virtual and in-person styling sessions and a café that serves coffee, cocktails and savory items such as a Cuban sandwich and the chorizo and chickpea egg skillet.

Macy’s closed three area locations in recent years, but its Market by Macy’s concept could be a way to build back a bigger presence in the local market, O’Leary said. Instead of a 200,000-square-foot space, Market by Macy’s only needs about 35,000 square feet. He thinks the scaled-down brand eventually will open in Kansas City.

Some of the apparel brands the group named include Mizzen+Main, Outdoor Voices, Zara, Aritzia and Alo Yoga, which Kosoglad likened to an upgraded Lululemon and one in high demand.

Another standout is Kemo Sabe, which sells high-end and fashion-forward Western wear.

“We have some other Western places, but I haven’t seen anybody do a really good job like these guys with Western fashion apparel,” Claflin said. “Everything’s got a twist. … I like this idea that they bring the fashion part into it.”

Read the full article from the Kansas City Business Journal.